Area "Noken" is located in the Akimeugah Basin, southern of Papua, covering onshore and offshore areas. In previous research, this area is still defined as laterally uniform passive margin basin during Mesozoic Era. A number of data include airborne-gravity anomaly, satellite gravity (TOPEX-Sandwell), land gravity, the total intensity of magnetism, oil and gas wells, seismic, and data retrieval surface sample obtained from the Center for Geological Survey, Geological Agency (PSG) and the Center for Data and Information (Pusdatin) Ministry energy and Mineral Resources (ESDM). Data processed by the method of forward-inversion modeling on Geosoft software and mapped by the method of minimum curvature in the Petrel software. The results of the analysis are fault and stratigraphic horizons in the Mesozoic Era. Their density recorded properly using distribution data from three wells (Well A, Well B, and Well C).

Based on interpretation of gravity maps, total magnetic intensity maps, and subsurface geological model at the top of the Mesozoic, could be concluded that the geometry of the basin in "Noken" area during Mesozoic was dominated by the graben and half-graben, with the longitudinal axis of the fault trending relative northeast - southwest (NW- SW). Isopach map of the Mesozoic interval is supporting data to prove this basin geometry. In particular, during Triassic syn-rifts were formed and the post-rift sediments were formed during Jurassic - Cretaceous. The longitudinal axis of the basin is relatively parallel to the fault constituent. Based on the analysis of the structure of the subsurface geological structure map of the Mesozoic and Cenozoic, gravity sections and models can be interpreted that tectonic evolution during Cenozoic changes the geometry of the basin became trending northwest-southeast. 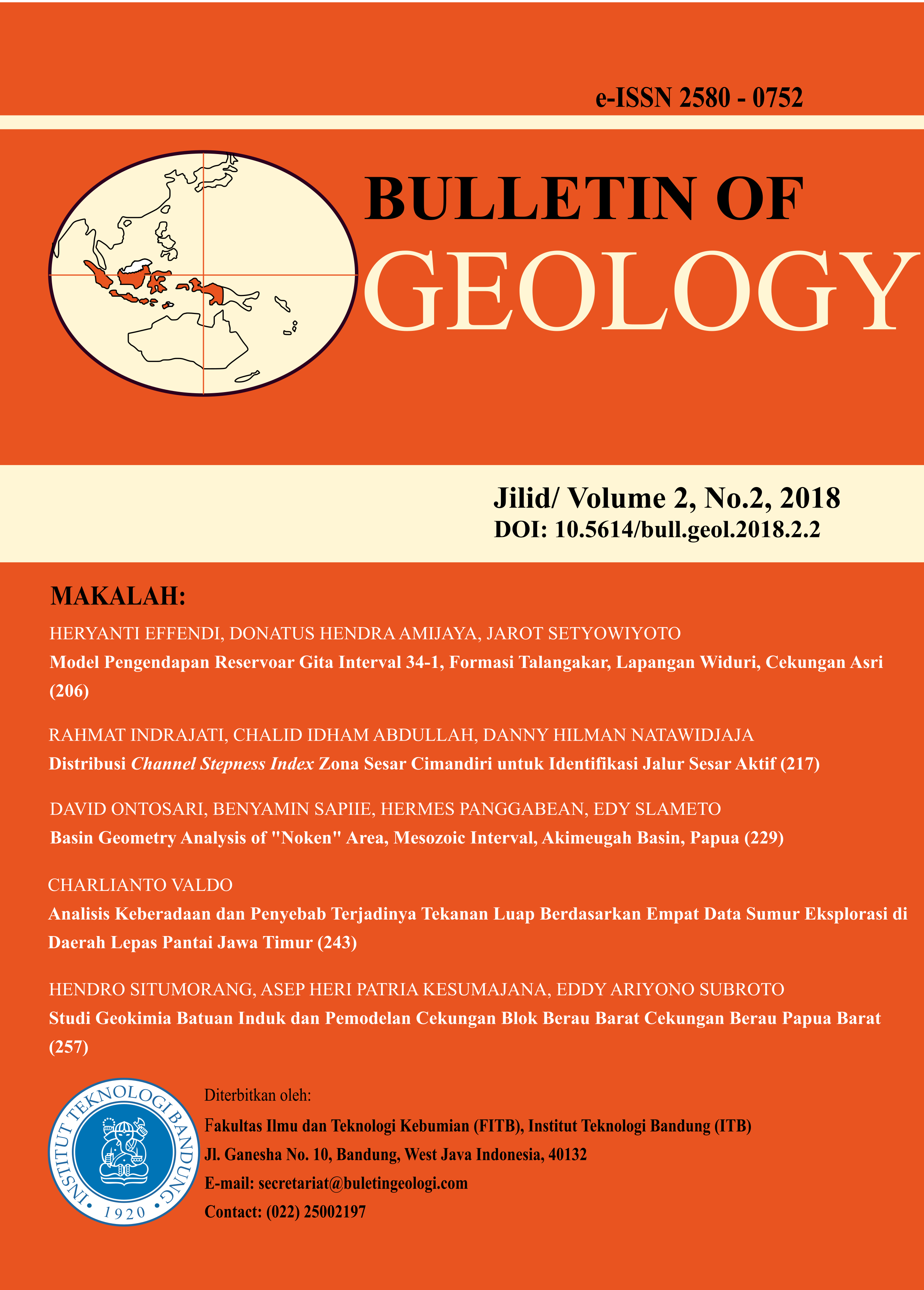