Duyung Block is located in the Natuna Sea and geologically is the part of West Natuna Basin. The area of research is the 3D seismic area, part of Duyung Block, covering approximately 412 square kilometers. This study aims to determine the stratigraphy of syn-rift deposition in Duyung Block to understand the distribution and seismic facies at the depth interval of syn-rift. Seismic facies map is generated based on seismic geomorphology analysis using stratal slice method with displaying CWT (Continuous Wavelet Transform) seismic attribute. Based on lithostratigraphy correlation and the information from AA-1X and Forel-2 wells, syn-rift sediment were deposited within a supratidal, fresh water, predominantly lacustrine. The analysis of seismic geomorphology with stratal slices in the area of research encountered three depositional systems in the area of syn-rift, i.e., fluvial deltaic, shallow lacustrine and deep lacustrine. Rift depositional system in the study area can be divided into four tectonostratigraphy phases, i.e., Early Rift, Middle Rift, Late Rift and Early Post-rift. The boundary between tectonostratigraphy phases is determined from the analysis of seismic expression. Based on the analysis of seismic-sequence stratigraphy, syn-rift depositional system can be divided into 3 sequence packages, i.e., Sequence-1 (interval SB0-SB1), Sequence-2 (interval SB1-SB2) and Sequence-3 (interval SB2-SB3). Generally in the area of research, the tectonostratigraphy boundaries are relatively coincide with the sequence boundaries, but toward bonding fault-rift, the difference between those two are increasingly visible. 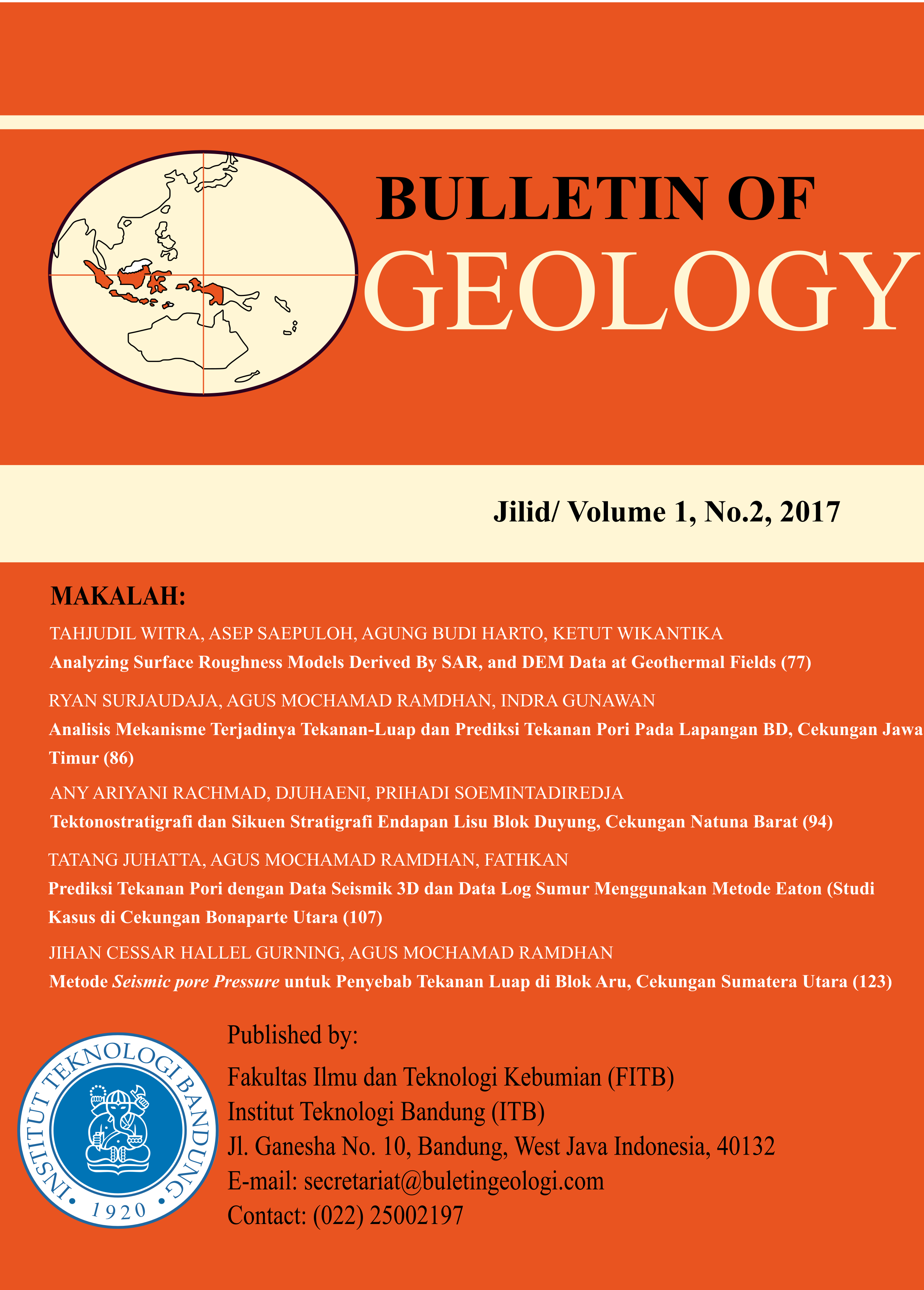