SUBMARINE LANDSLIDE IDENTIFICATION IN THE SOUTH OF LOMBOK STRAIT AND ITS HYPOTHETICAL GENERATED TSUNAMI: A PRELIMINARY STUDY

Based on the bathymetry map of Lombok Strait, the seabed morphology in the south of Lombok Strait was primarily a submarine canyon where the depth profile change drastically from 400 m to 2000 m. In a closer look, there was one part of the canyon that has crowning scar with mounded sediment just below it. This feature was interpreted as a landslide deposit and it was discovered in the south part of Lombok Strait, around 24 km from the south-west of Nusa Penida, and 30 km from the center of Benoa Bay. The scar was found around depth 950 m. According to the area of the scar, the estimated volume of lost surface area was illustrated around the volume of Anak Krakatau landslide that generated tsunami in 2018. By assuming this landslide was also tsunamigenic, it will impact the coastal area that surrounding the sea which are the south of Bali Island and the south of Nusa Penida Island. In this preliminary study, a tsunami numerical model – COMCOT which adopts linear and non-linear Shallow Water Equation will be utilized to investigate the characteristics of the landslide-induced tsunami on the surrounding coastal area of south of Bali Island and the south of Nusa Penida Island. 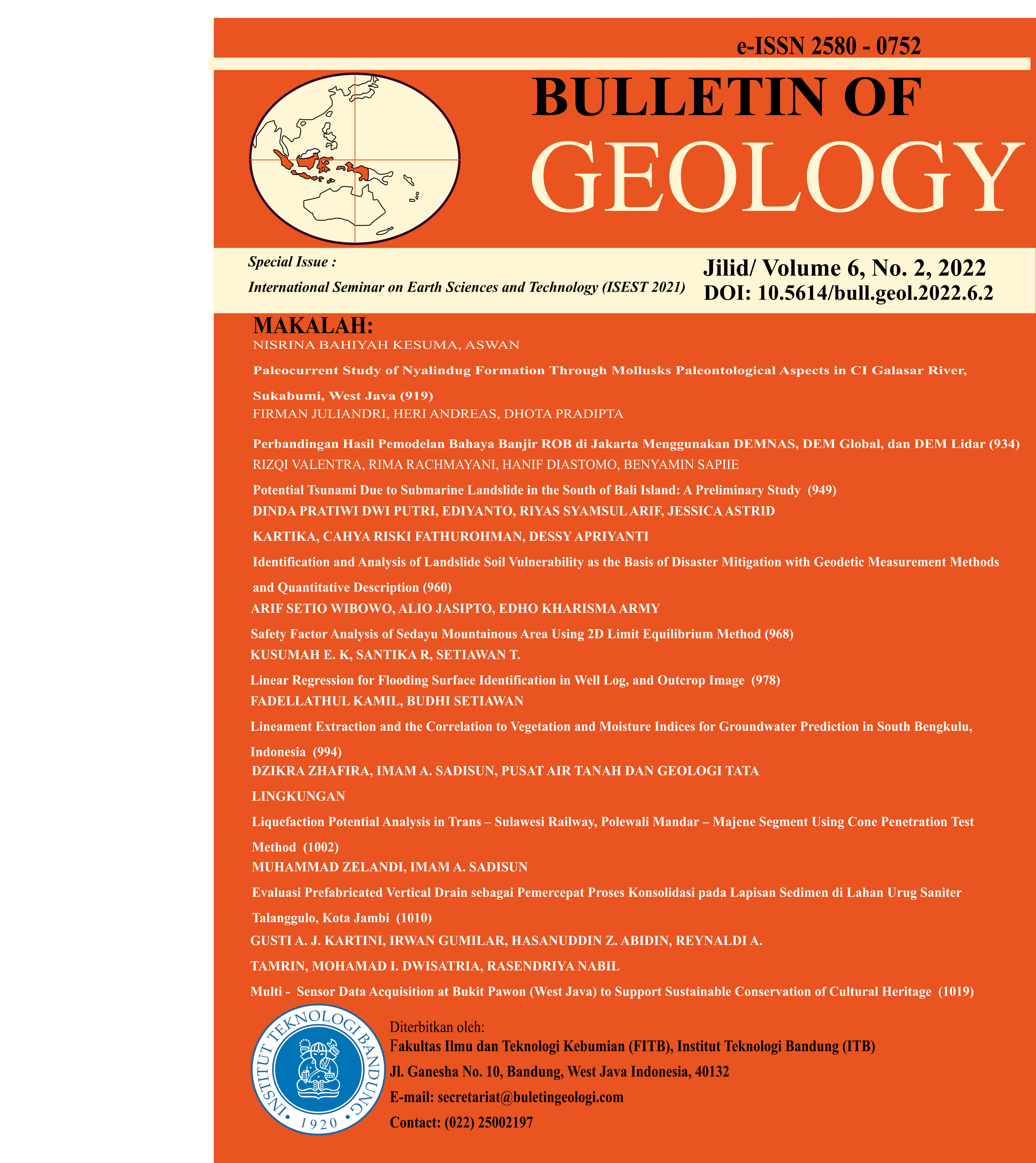